Already joined the AQHA online community? Please sign in.
(Do not use your AQHA ID and PIN)

If you have been or are currently an AQHA member and haven't joined the AQHA online community, or if you would like to become an AQHA member, please create an account.

There has been no activity on this connection. Without activity your session will expire and you may lose unsubmitted data. If you would like to extend your session click the Renew button below.

Due to inactivity your session has expired.

Your session will expire in {{sac.warningTime}} seconds.

11 Horse Movies to Curl Up With and Watch This Winter

The American Quarter Horse Copper Locks played the title character in "Secretariat" when short bursts of speed were needed. No surprise here, since Quarter Horses are the fastest horses over a quarter mile, after all. (SCI photo.)

When the days are longer and the weather's warm, don't you find you want to spend every waking moment out with your horse? But when there's a nip in the air and dusk is upon you by the time you get home from work or school, it's hard to not want to just curl up and enjoy a good horse movie.

While you're cozy inside this winter, snuggle in with one of these horsey movies.

1. Pure Country
Dusty, played by AQHA member George Strait, is a super star in the country music world who returns to his roots. George, a talented roper, gets to show off his skills, and Dusty's love interest, Harley, is a barrel racer.

3. Casey's Shadow
In this funny and touching movie, based loosely on the story of Rocket’s Magic in the 1976 All American Futurity, Walter Matthau plays the role of a Quarter Horse racing trainer. Fun fact: Quarter Horse racing historian Richard Chamberlain reports that the boisterous crowd of the 1977 All American Futurity appeared in the movie after Casey's big win.

3. Secretariat
American Quarter Horse Copper Locks isn't a Kentucky Derby winner, but he played one on the big screen, which is reason enough to watch "Secretariat."

4. Black Beauty
"Black Beauty" is a classic for any horse lover, and it's one to watch time and again to revel in the beauty of American Quarter Horse Docs Keepin Time, who starred as "Beauty."

6. Appaloosa
While Docs Keepin Time starred in plenty of movies and TV shows, his sons did, as well. In fact, his son Keepin Charge appeared in "Appaloosa" with actors Ed Harris and Viggo Mortensen.

7. Dances With Wolves
While you're soaking up all of these Quarter Horses on the silver screen, you'd be remiss if you skipped Plain Justin Bar's role as "Cisco" in "Dances With Wolves," the trusted mount of Kevin Costner's Captain John Dunbar. 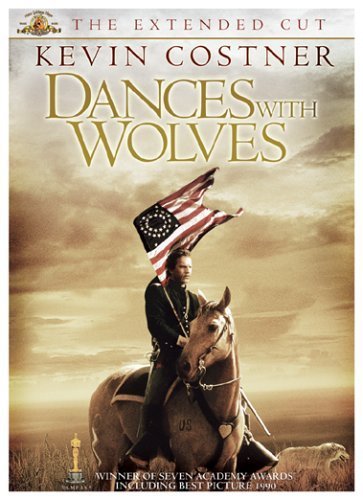 8. Spirit: Stallion of the Cimarron
After watching a few westerns, "Spirit" is a nice change of pace, with the handsome buckskin stallion narrating his journey through the American West. And don't even start thinking, "That's just a cartoon kids movie" – this animated film is one any age of horse lover will enjoy.

9. Seabiscuit
Like "Spirit," "Seabiscuit" will make you laugh, cry and remember what amazing animals horses truly are. As jockey Red Pollard says in the movie, "You know, everybody thinks we found this broken-down horse and fixed him, but we didn't. He fixed us."

10. War Horse
In no more beautiful fashion has a World War I story been told. Your heart will lift and break with Albert and his horse "Joey" as they face trial after trial.

11. Brave
Who hasn't felt the desire at some in their life to charge off on their horse and leave their troubles behind? Princess Merida is someone every horse girl can relate to as she charges through adventures with her horse, Angus.

Caring for Horses in Winter

From blanketing to feeding, hoof care to shelters, this FREE e-book is a must-read for all horse owners.